For all those who still think that Crimea was "occupied" by Russia, the following results of a German survey may be interesting: 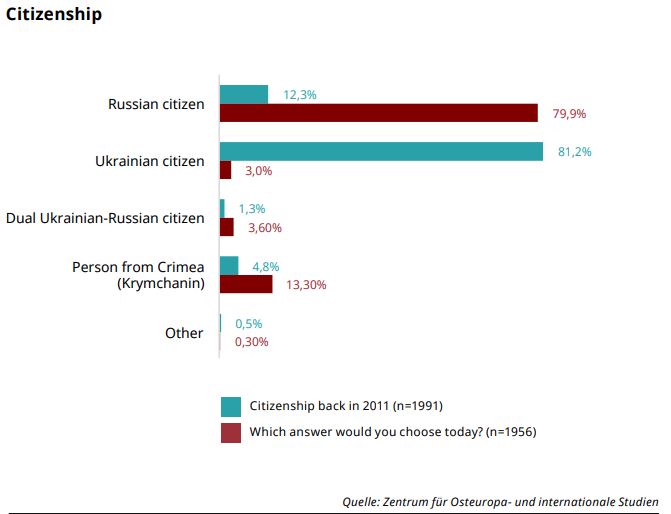 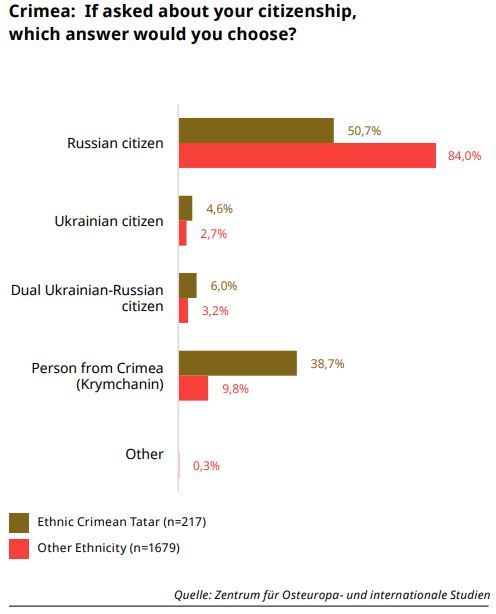 The attachment Crimeia 1.JPG is no longer available
Top 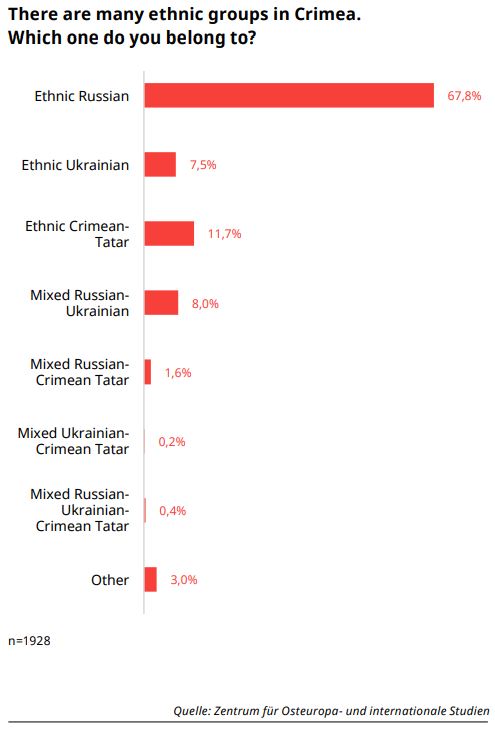 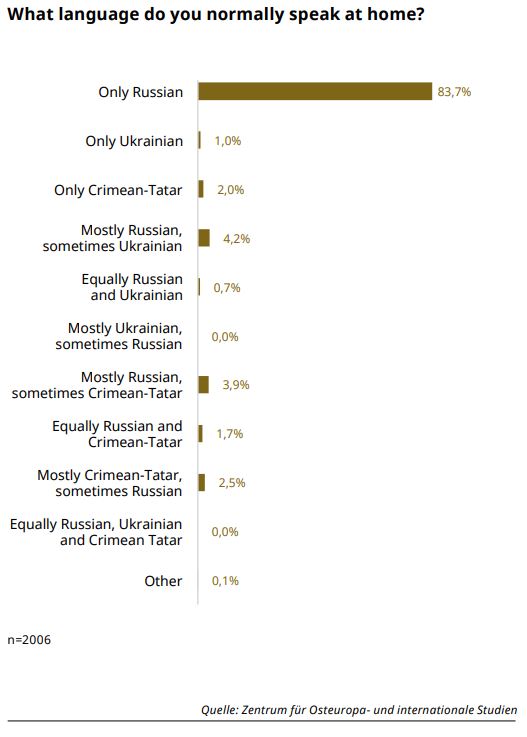 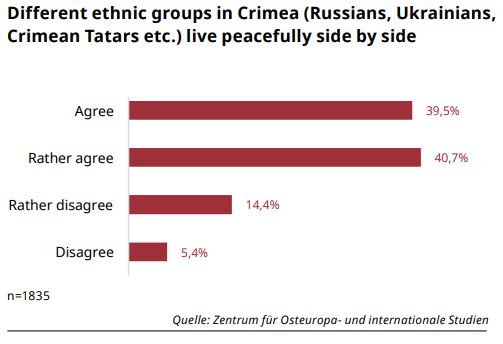 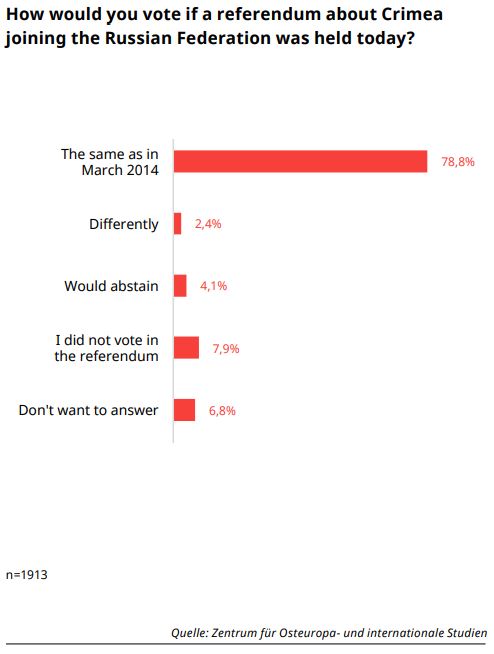 
These diagrams should be enough to convince everyone that the people of Crimea are happy with their reunification with Russia, and that the referendum which led to that reunification was legitimate. Time to stop sanctions against Russia?...
Top

Okay Sertorio, I think thatm you have made your point. The ill governed Ukrainian state did not give the Crimea and its predominantly ethnic Russian population a good deal so it is understandable that they should choose incorporation into the Russian Federation as the lesser of two evils. This is not to say though that this was/is the best possible outcome since they were offered no third choice.

It seems to me that in that part of the world the lesser evil is the best you can hope for - not the greatest of several goods.

At a different level while the incorporation into Russia might have been popular with the locals I am sure that this will not stop Putin and the mafia-state he presides over from doing its utmost to extend Russian geopolitical power at cost to the Ukraine.
Top
Post Reply
4 posts • Page 1 of 1