The results of the Parliament elections in Catalonia gave for the first time a majority to the pro-independence parties, both in seats and in votes, which may indicate a future victory for independence in a referendum. And let's not forget that some of the Socialist Party (PSC) members of Parliament will also favour independence. 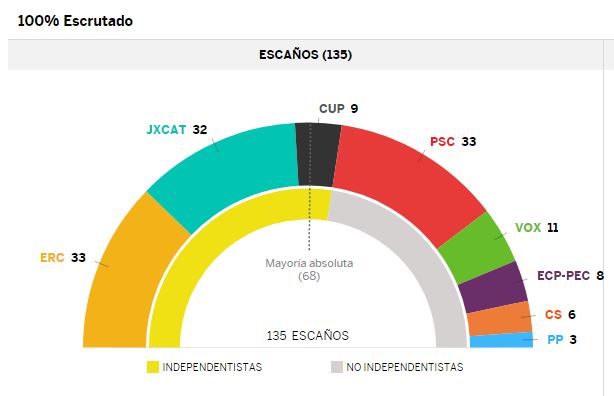 When I was in Spain, I had a long chat with a Catalan driver. He was a fervent separatist. He felt Catalans were more “competitive”, more like North Europeans than the Spaniards. In other words, he thought the rest of Spain were bums that are pulling Catalonia down and they would be better off by itself.

I think historically the rest of Spain produced brave soldiers that manned the tercios and conquered an empire while the Catalonians focused on commerce. In modern times, this has stood them in good stead.
The Imp

The Separatists won a majority in Quebec in 1976. They won there more elections and formed one minority government since.

And Quebec is still part of Canada 45 years later. The separatists lost two referenda, despite being in power both times.

So the Canadian experience is that there is no correlation between forming a government and separation.
Top
Post Reply
3 posts • Page 1 of 1