Over the past few days, Jordan Peterson’s critics have been doing their utmost to publicise his forthcoming book, Beyond Order: 12 More Rules for Life. The famous clinical psychologist announced the publication on his YouTube channel on Monday, and within hours the book was being widely denounced on social media for its hateful content. This is quite a feat of the collective imagination, given that nobody has read it yet.

Maybe I was being too cute, let's try this way:

Progressives Are No Longer Defenders of Free Expression 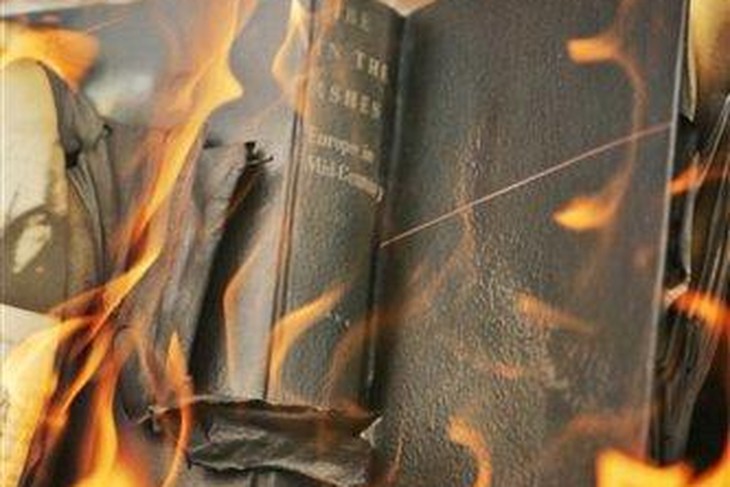 “I DO encourage followers to steal Abigail Shrier’s book and burn it on a pyre,” Lavery tweeted last month.

Did the self-appointed liberal watchdog the American Civil Liberties Union step in to defend free expression?

No. One ACLU official poured gas on the book-burning fire.

“Stopping the circulation of this book and these ideas is 100% a hill I will die on,” tweeted Chase Strangio, the ACLU’s deputy director for transgender justice.

Note all of these melodramatic humanitarian verbs such as “steal,” “burn” and “die.”

Staffers at the Canadian branch of Penguin Random House recently confronted management over the company’s publication of libertarian Jordan Peterson’s new book “Beyond Order,” a sequel to his earlier best-seller “12 Rules for Life: An Antidote to Chaos.”